Cats are not small dogs. I love cats. Don’t get me wrong, I love dogs, too, but cats are my passion, and to me are far more interesting intellectually. It’s why I became a cat vet. Cats are a constant diagnostic challenge. Dogs tell you right up front what’s wrong with them (“Look, I’m lame; see this lump on my side; I’ve been scratching my ear all night and my owner got no sleep at all; I make a goose honk sound every time I breathe….”) Cats, on the other hand, curl their furry little paws under their chests, regard me with disdain, and announce, “I’m fine.  Figure it out.” I can respect that. A cat can be anemic to the point of death, or have deformed chickpeas for kidneys, and STILL look fine, while a dog with the same problem would be in the ICU.  Cats are not small dogs. This is exactly why I love being a cat vet so much.

It also makes a lot of sense from an evolutionary standpoint. Large cats such as mountain lions are apex predators, but small cats have evolved as both predator and prey. They combine, as dogs do not, the behavioral characteristics of both. Cats hide signs of illness because, in the wild, appearing ill paints a target on your back. Birds know this too; often the first you know your bird is sick is when it’s dead. In this respect, cats resemble birds far more than they do dogs. Hiding symptoms of illness works against them when they live in our homes, but they haven’t been domesticated long enough, as have dogs, to have unlearned that behavior.

Because of this difference, feline vets must often deduce the possibility of illness from very subtle details. Cat guardians frequently see significant clues at home but are unaware of the significance of their observations.  A good cat vet will (if you’ll excuse the expression) ferret out those minuscule historical aberrations and from them, identify patterns signaling possible disease. A good cat vet will discuss screening labs tests at every wellness visit, because holy COW, the stuff we find! No matter how many times I see it, I still get blown away when I run labs on a young cat who looks great, sounds great, and has nothing more apparently going on than a little dental tartar… and find life-threatening or terminal diseases.

Cats are not small dogs

Unlike dogs, cats are ill-suited to high-density population situations. Over 3 cats in a house increases the likelihood of out of box urination, which probably indicates emotional stress. Cats have very large bubbles. As obligate carnivores, they have to. Large territories are required to supply enough prey to feed a single cat. With the notable exception of lions, cats are nearly always solitary creatures in nature. Packing large numbers into one house can be detrimental to their mental and emotional health. In shelters and catteries, high population density appears to stress cats badly. Dogs, in contrast, often live in packs, and adapt easily to living in a pack that includes humans. They may squabble over dominance hierarchies, but they don’t generally become ill as a result of “bubble reduction.”

Unlike dogs, cats are obligate carnivores, which means they must eat animal protein to be healthy. Unfortunately for cats, animal protein is more expensive than plants, so many pet food companies have fallen all over themselves to convince us, as cat parents, that vegetables are GOOD for cats. (What vegetables are really good for is the profit margin of the pet food company.) Emerging research suggests that alterations in feline gut bacteria populations (caused by cat foods containing vegetable matter) may result in chronic GI irritation and inflammation. Inflammatory bowel disease is epidemic in domestic cats, but not in feral cats. It’s hard to avoid the conclusion that cat foods made using more plant matter and less meat are probably hurting our cats (see our guide on choosing a food for kitty). Dogs can handle this better than cats. Although primarily carnivorous, dogs are far better able to process whatever calorie sources are available. Again, this makes sense for a species that lives in packs – animal protein rarity is going to be a more frequent occurrence for them.  They must, as a species, handle it or die out.

Cats are not small dogs

Unlike dogs, cats are so completely attuned to protein as an energy source that even their major organ functions work differently. The example I love the most is the pancreas. Everywhere you look, it is blood sugar elevations that primarily trigger the pancreas to release insulin. But, yep, not in cats. The cat pancreas is turned on by amino acids, which are the building blocks of (you guessed it) protein. Cats aren’t even equipped to taste sugar,  much less digest and metabolize it. They have to build their own glucose from protein. This requires animal protein – not all proteins are created equal, and plant protein sources such as nuts, beans, and soy do not meet feline protein requirements.  Cats don’t need carbohydrates, starches, or (as a general rule) fiber – because none of that is found in a mouse; and as we’ve seen above, should probably never eat them. To my amazement (again), cats can survive for long periods of time on diets composed primarily of cheap vegetation and poor-quality protein, all packaged and marketed to look like great stuff.  But let’s be clear. They survive.  They do NOT thrive.

Unlike dogs, there is much we simply don’t know about cats. The vast majority of veterinary small animal research has been done on dogs. Results of those studies are often pasted willy-nilly onto cats because we have no cat studies. Clearly, the logic here is fallacious, yet is practiced almost universally. Studies in dogs show that a particular drug may help protect the kidneys in renal failure.  No cat studies exist, yet we are taught to apply the dog knowledge to cats, using the same drug at the same dosage, without question, as if cat bodies work exactly the same way as dogs; and to reassure our cat parent clients that this is “probably just fine.”  And sometimes it will be. But sometimes it won’t. One problem we feline vets have is getting researchers to even ask those questions.

A great deal of good feline practice is based on anecdotal evidence, but this is far better than throwing dog medicine at cats and calling it good.  Every day, I see feline patients who have been treated as if they were dogs. I’ve spent a career working to correct the problems this causes.  This isn’t because the vets are bad. It’s because needed science often doesn’t exist, and feline medicine is nearly ignored in vet school classes. This is why the experience of the cat vet is so valuable.

As a veterinary student, I was taught that “cats don’t get pancreatitis.” Even then, my authority-averse brain was murmuring, “Really? If you have a pancreas, can’t it get inflamed?” Turns out, cats do get pancreatitis. And lots of it. But it doesn’t look the same as pancreatitis in dogs, so it was missed for years. Now we know better, at least about that, but feline knowledge still lags far, far behind the evidence-based science we have for dogs.

And… cats are not small dogs 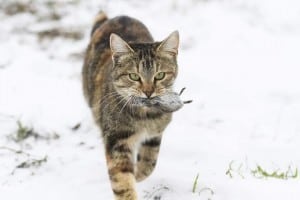 Despite the fact that there are more pet cats than dogs in the US, this anti-cat discrimination continues. Cats bring a great deal of it on themselves by hiding their illnesses, and also by so vocally expressing their dismay about veterinary visits. Fewer cats get taken to the vet, so fewer cat questions filter up to the university research level. But it’s not all on the cats. Lots of veterinarians and vet staff don’t like cats, are afraid of working with cats (no shame in that, I’m petrified of steers and hogs), and some even have negative stereotypes of cat owners.  (How many times have you heard the term, “Crazy Cat Lady?”) Many vets who try sincerely to work well with cats are tripped up by having been taught to think of them as if they were dogs. Further, working effectively with cats requires time and patience. In a busy practice with 10-15 minute appointment times, this can be, for all practical purposes, impossible.

Cats are unique. Truly excellent feline medical care really does require both a cat vet and a hospital dedicated solely to cats. Because, and I cannot say it enough, cats are not small dogs. And I, personally, am grateful for that.